The browser you are using is not supported. Some critical security features are not available for your browser version.
We want you to have the best possible experience with ParARTgon. For this you'll need to use a supported browser and upgrade to the latest version. 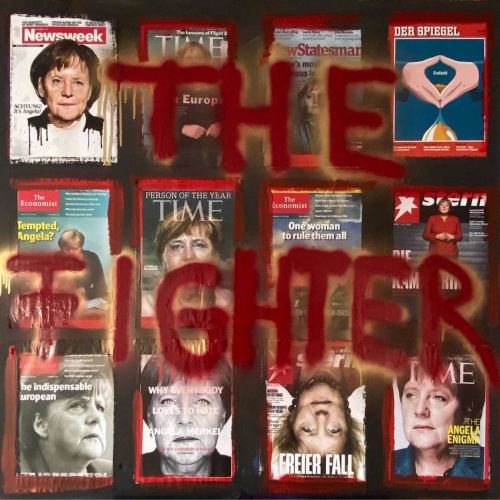 I may disagree with many of Angela Merkel's policies, but to me she is a super woman. She stayed in power as the chancelor of Germany for 16 years, four terms. The steered the Federal Republic through the financial crisis, the environmental crisis, the refugee crisis and the Covid-1ß pandemic.
She was the first female chancelor of Germany and a leader of the west, especially in times the super power USA was lead by an "idiot" (Donald Trump). So often the media wrote her off and she became stronger and stroner. The was a real "fighter." This work is a collage of covers from German and international magazines.

This site uses cookies to assist with navigation, analyse your use of our product and assist with our marketing efforts. Accept this dialogue to confirm you are happy with that and continue your visit. Read More Accept Cookies